Last time I wrote about how proud I was of my green thumb that is developing. And now I’ve received my first PlantRebelz Stekkie Box! Let’s unpack and make it look cute, no, super cute.

Stekkie? That’s Dutch for cutting. Did you know that they made a whole song about a cutting from the fuchsia plant? It’s in Dutch and it’s called ‘Wil u een stekkie?‘. It was very rebellious in that time because they now said ‘f*ck f*ck f*ck’ on Dutch national television, and that in the ’60s!

According to the website there is always one special cuttings. Looking at the price I’m guessing the Philodendron is the special one for this month. My favourite is the Alocasia Cucullata, because it’s tall, skinny and pretty, just like me! Which one do you like most?

The costs of the cuttings

I wouldn’t be me if I wouldn’t do some adding up when I start with a new subscription. So as I mentioned earlier the box is € 22,50 monthly (but you can also just cancel it after one order). The cuttings from this month are worth € 23. So that’s 50 eurocents less and with free shipping! According to their website shippingcosts for orders under € 69 are €5,95. So that’s a total saving of €6,45 and I don’t have to pick out my own plants. Which of course is a pro and a con at the same time. I do hope for a hanging plant for next month.

Now to make it cute

I now have introduced you to my 4 new plants and now to give them a nice home. And for that I bought 4 ashtrays, 2 cloth baskets and one bag of dirt. Because, those are completely the right ingredients to pot a plant.. right? The pots and the hydrogranultes were already in the shed.

I can spot a bananaplant or a monstera just by looking at them. But 3 of the 4 cuttings will not be guessed by me anymore after 2 weeks. So I wrote down the names of each plant on each pot. Let’s hope I put the right plant in the right pot. I also added the dates, because if I will be receiving more cuttings from PlantRebelz it’s good to keep them all organized.

Getting ready for the plants

Okay, so. You’ve all have seen the memes about plantpeople talking about the importance of drainage. Well, there’s a little bit of drainage from the pot into the ashtray. To make sure the water is dealt with a bit better all the pots are getting a small layer of hydrogranulates. And then some nice fresh dirt that I picked up from the local supermarket.

Putting the right plant in the right pot (trying my best, matching it with the pictures). Making a little hole, put in the plant and press down just a little bit. And then some lose dirt (a.k.a soil) to make it look super prety. I don’t know how, or why. But during the pouring of the loose dirt I managed to kill a leaf.. I’m so sorry, my thumb feels less green now.

I think it’s cute. Is it tacky? Let me know. I went a bit ‘all out’ because it was the first box from PlantRebelz. I’m not planning on making a special housing for them everytime they’ll arrive. Let’s hope they will thrive as well as my plantje.nl plants.

I really like the idea of getting fresh new cuttings every month. But I don’t know if it will be with a subscription model like this. For example I would have liked to have some hanging plant cuttings and not a mesa, we already have a really big one. According to the website I should have received a little something extra in my first box. Saddly that wasn’t in the box, I already contacted PlantRebelz and I’m sure they’ll make up with that in the next box. Because according to the internet they and their cutting box are awesome!

The package came within a day and a half and was just waiting for me on the floor when I came home. The website is a bit messy and gives some random errors (their English site, for example, says everywhere ‘forbidden). The packaging of the plants was awesome, no damage (until I handled them..) to the plants. When I took the plastic wrapped plants out of the box I was like ‘is this what I paid money for?’. But then I unwrapped them and there were 4 beautiful little green plants.

I am wondering how often you would get the same cuttings. I now received some cuttings that the blogs above here also have written about.

(note that some of the links to the (Dutch) blogs are PlantRebelz Influencers they received the product in return of a blogpost. I’m not an influencer.)

Do you have any tips for me? Or do you see me doing something in my post that you are like.. dude.. no! Please tell me. And if you have other great ways to get cute new plants, tell me in the comments below! (I sound like a YouTuber now..) 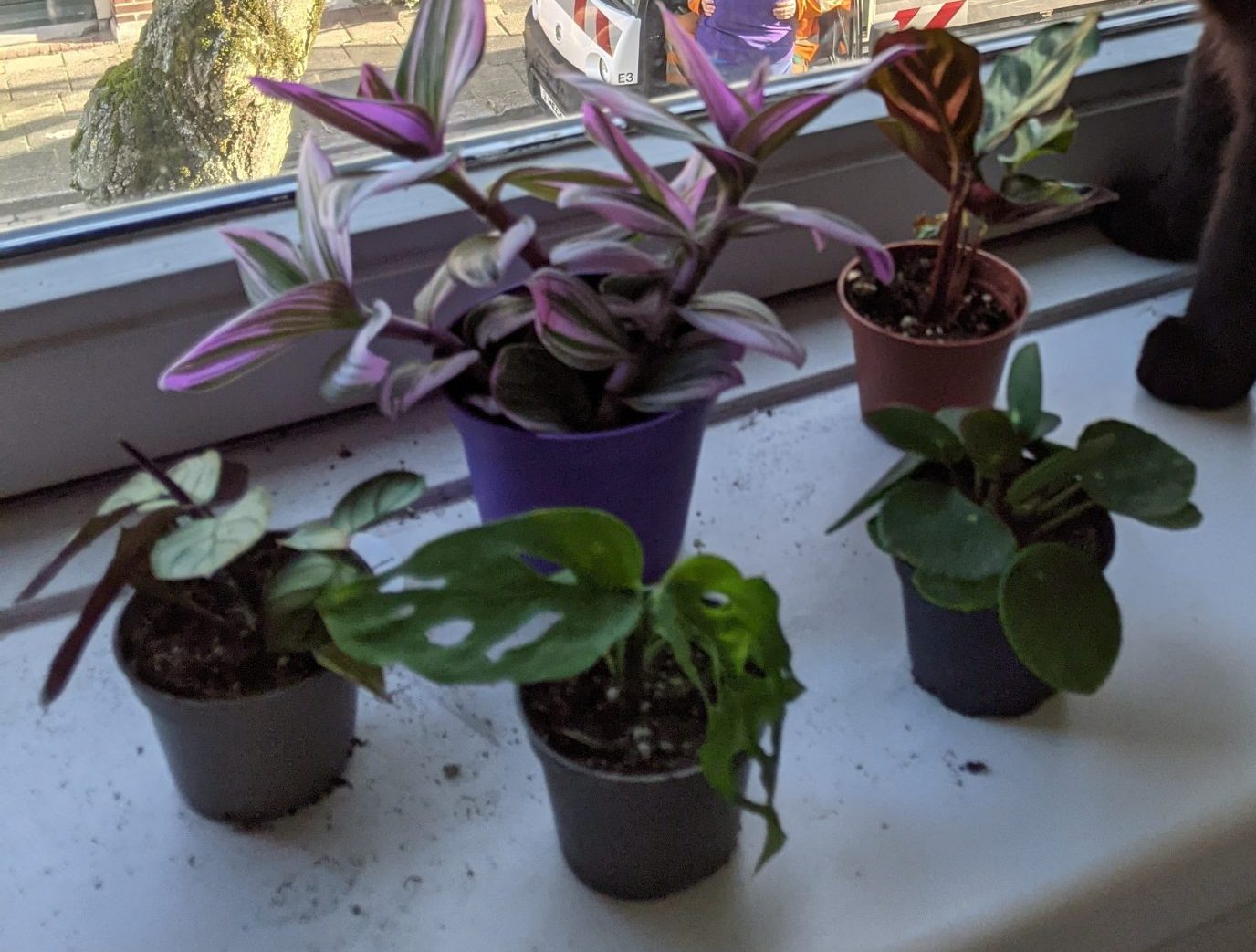 I’ve never been good in keeping my plants alive, I was even able to kill succulents. Except for one sansevieria and a apple tree that I got from work (I